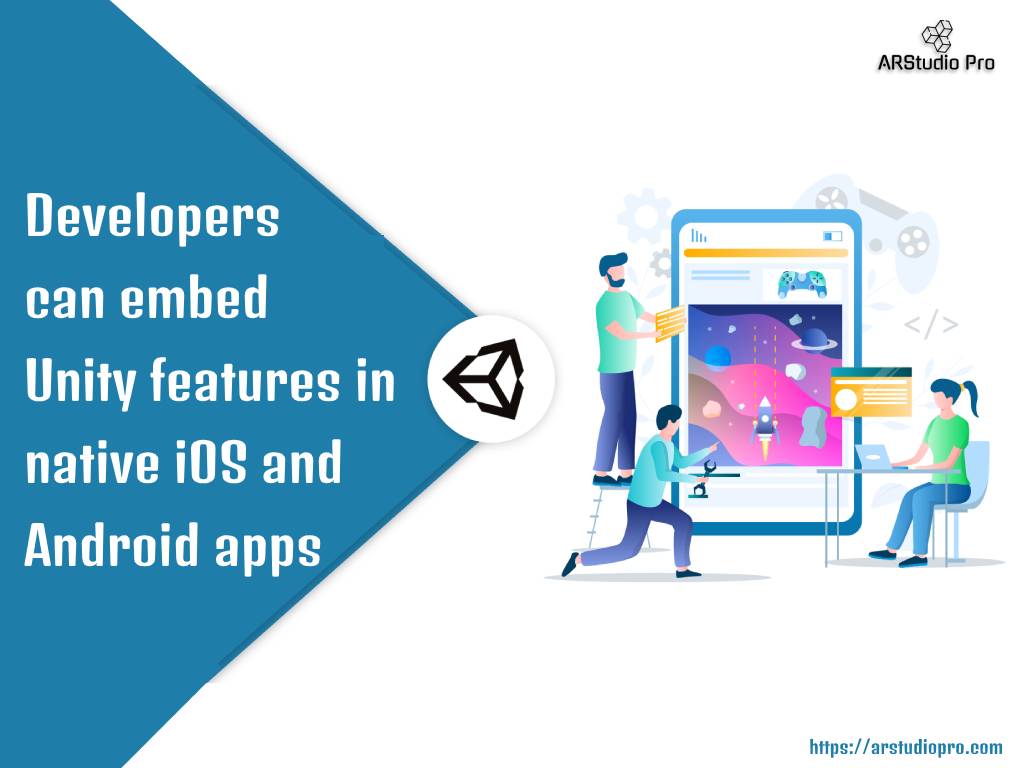 Unity features can be incorporated by both Android as well as iOS app developers in apps and games. It will be possible for them to combine the components of Unity runtime and the content (real-time graphics, 2D mini games, augmented reality, 2D/3D real-time, and other) into the project of native app development.

How does it function?

The overall mobile app development process does not change. Xcode (for iOS) and Gradle projects (for Android) is generated by Unity. However, in order to permit this feature, Team Unity has altered the Xcode and Grade project structure as given below:

It comprises of all plug-ins and source files.

It consists of data representing the app and makes the library part operate correctly.

The Unity Team has also given sequential instructions and guidelines on how Unity can be merged as a library on Android and iOS, even in pilot projects.

At present, only whole-screen rendering is supported by Unity as a library.

Unity does not support the following:

For these to function correctly, developers need to make use of 3rd party plug-ins.

The option of integrating Unity features into AR apps will give more power to businesses and brands. Using augmented reality in the apps, marketing campaigns can be more captivating and enthralling for the target audience.