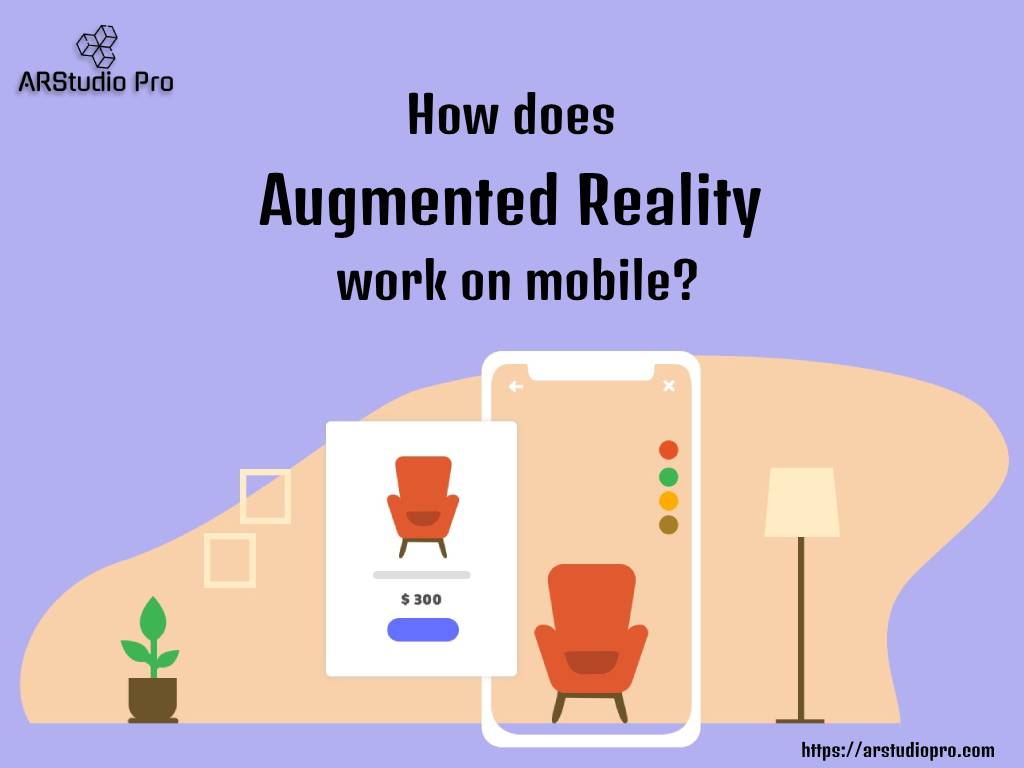 How does augmented reality work on mobile?

There are two key types of Augmented Reality (AR) that can be made use of mobile applications for smartphones. Both differ on the basis of the technology and sensors used. However, the fundamental underlying notion is the same, which is to overlay virtual three-dimensional (3D) objects over the image of the camera.

We will explore both types of AR in this blog post.

In this type of Augmented Reality, a marker is used. Markers are nothing but physical (target) images that are clicked using the camera. Marker-based AR apps look for the specific pattern of the marker, i.e. the target image.

In today's world of advanced technology, marker-based AR apps can identify almost anything - texts, images, and even faces.

One of the most popular use cases of AR is face recognition and filters. Face filters grabbed the headlines after their use by Snapchat on their app in the year 2015. After this, face filters are being used by numerous people across the globe in different apps, who just love them.

For face filters, the camera detects the face of an individual on a real-time basis, while the AR app overlays digital 3D objects and animation. In technical terms, AR-driven face recognition and filters are implemented through the use of face recognition and tracking algorithms. These algorithms perfectly map and locate the position of the face, while a type of 3D technology is responsible for displaying the different AR filters that we see on the face.

These sensors along with GPS technology help the marker-less AR app to determine the precise position and rotation of objects in a 3D space.

You must have used Google Maps at some point in your life for finding out directions while driving or walking.

Google Maps AR places digital directions on top of the real world roads and streets to show you exactly where you have to go. All you need to do is enter the destination where you want to go and tap on the Start button in Google Maps. Lift your smartphone up and you will see virtual directions that guide you to your destination.

Handful of challenges with AR on smartphones

Battery: For an AR app to function, the light, camera, GPS, sensors, and image recognition on the smartphone have to be turned on. This means the battery gets drained significantly while using AR for just a short time duration.

Sensors: The sensors that are essential for an AR app function differently on different smartphones. They work better and more accurately on the latest phones compared to older ones.

Compatibility: Google's ARCore, a platform launched for augmented reality application development in the year 2018, is supported only by a limited number of devices at present.