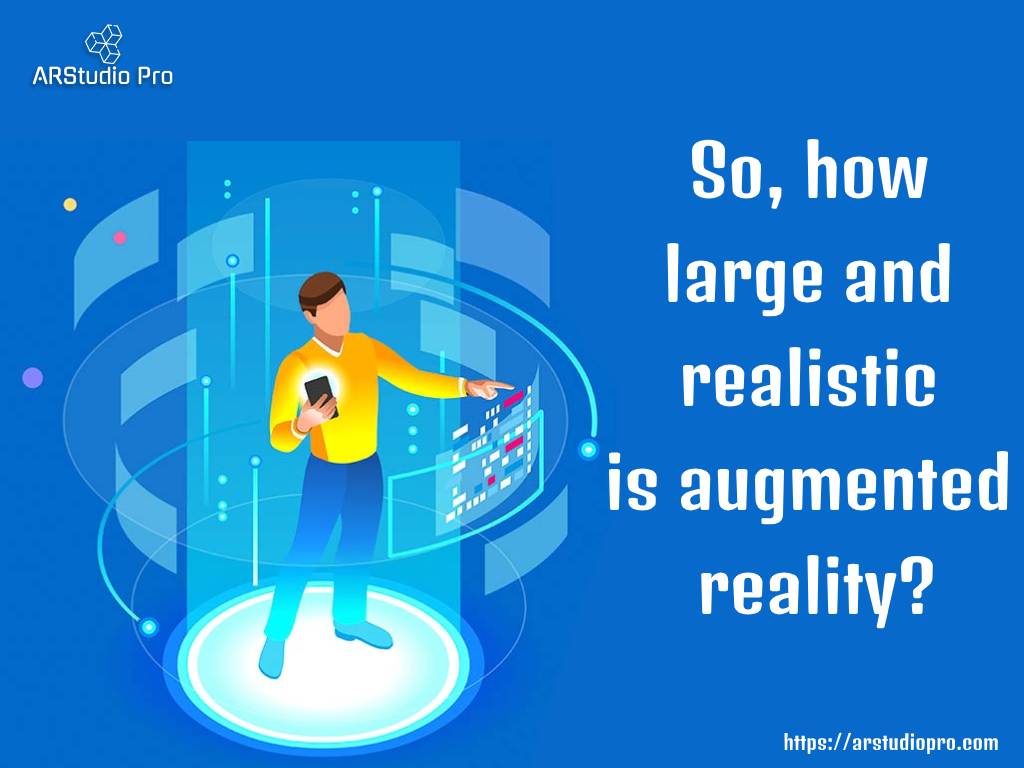 So, how large and realistic is augmented reality?

The success of the two powerful technologies - Virtual Reality and Augmented Reality - has grabbed the attention of businesses and consumer goods industries as well. VR, plus, AR provide an immersive experience for the users and empower them to interact and visualize the virtual world in front of their eyes, both digitally as well as physically.

VR focuses only on the virtual world, while AR adds a digital layer of elements to the existing (real) world. Statistics indicate that both AR and MR (Mixed Reality) are growing at an accelerated pace in the business world and gaining an edge over VR.

Augmented Reality demand is making headway across the globe

Powerful technologies like augmented reality and VR have still not been accepted completely in comparison to other high-tech devices. Considering this, leading tech companies around the world have identified the true potential of AR/VR and allocated a major portion of their budget to research and development. This is an indicator that the interest of businesses, technology firms, as well as investors in augmented reality and virtual reality is increasing day-by-day.

Unleashing the real value of AR for the industry

The launch of ARKit by Apple and ARCore of Google has resulted in a tremendous demand for smartphones based AR apps. Both of these frameworks have created unmatched AR experiences for users. In India, diverse industry verticals are making use of these tools. They are also being used for extensive study, training, design, and research purposes.

Embracing AR technology is dependent on delivering a seamless and top-notch experience to the end-users. At present, the AR apps developed for smartphones require compatible hardware configurations to function smoothly. On the other hand, AR headsets and high-resolution smart glasses are quite expensive.

Another challenge involved in adopting AR is the use of three dimensional (3D) models of objects. Interactive 3D model development is a task in itself and requires huge capital investment and skilled expertise.

Much still remains to be done before businesses as well as users adopt these technologies and innovations.