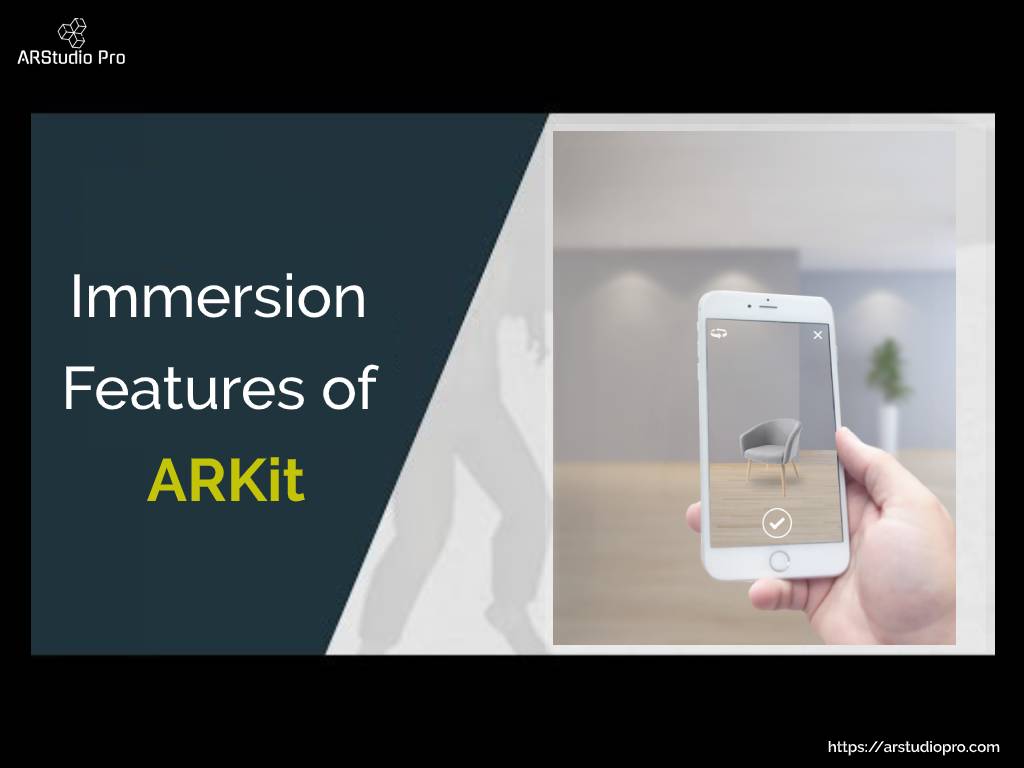 There are two key attributes of ARKit.

1. Position of a camera in 3D (three-dimensional) space

For the second feature, ARKit considers horizontal planes to be like tables, where any objects can be placed.

Immersive features of augmented reality in ARKit function through a technique known as Visual-Inertial-Odometry (VIO).

The methodology of VIO blends the camera frames and the motion sensors together to keep track of the Smartphone's location in the 3D space. Keeping a watch over the motion using frames of the camera is carried out by spotting the characteristics. For example, consider the sharp contrast edge points and corners in an image of a red showpiece kept on a white bench. By identifying how many edge points moved in correlation to one another, an approximation of the unit's location in the 3D space can be made. Hence, ARKit lacks effective functioning when pointing towards a plain featureless empty wall or in case the motion too rapid, resulting in the formation of distorted images.

With the rapid addition of augmented reality friendly hardware and gadgets, it is possible to observe more objects in 3D in the world that we live in through the use of AR apps.