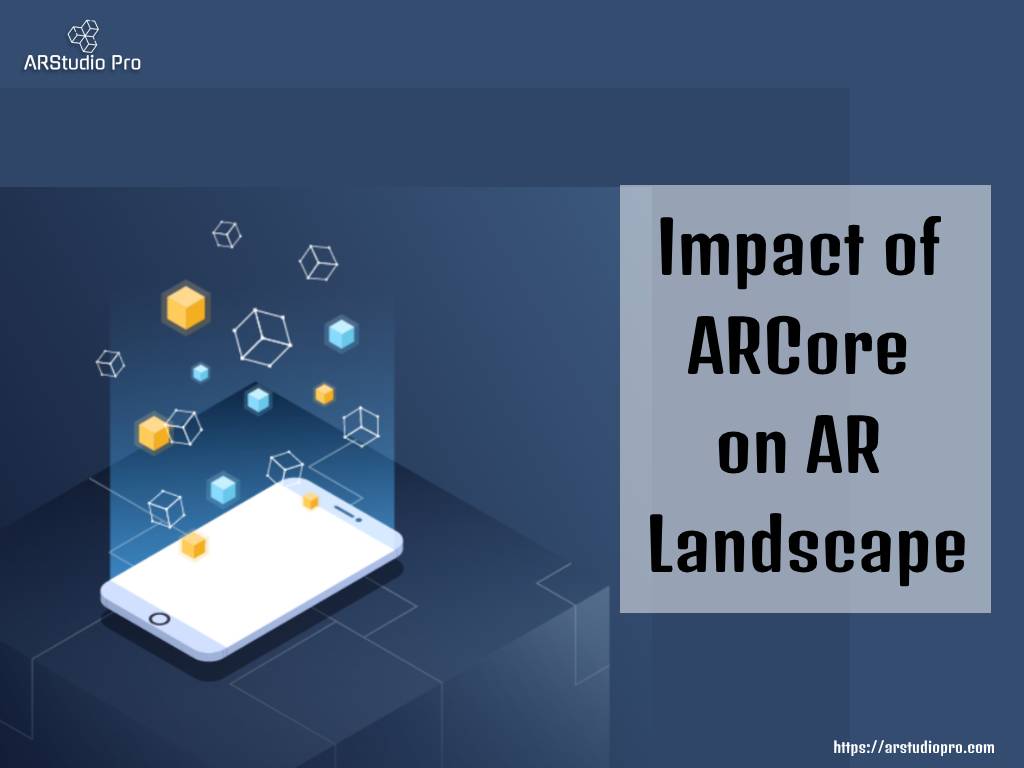 Impact of ARCore on AR Landscape

ARCore is an Augmented Reality platform launched by Google in 2018. This SDK allows AR apps to be built by mobile app developers for Android platform.

ARCore has the potential to transform Google's hopes about Augmented Reality into the truth, which otherwise wouldn't have been possible by working with OEM.

How does Google's ARCore function?

ARCore comprises of three elements. These include:

It identifies the relative position of a smartphone on the basis of built-in sensors and videos. It enables the users to pin objects and move around them.

It makes use of a Smartphone’s camera to detect even surfaces of the physical world and overlay digital images.

It provides accurate shadows to the virtual objects in the AR world so that they blend effectively with the real world environment.

Here is how the AR Landscape has been impacted by ARCore.

The augmented reality framework fits in perfectly into the gaming world. With such a remarkable entry from the two technology giants, the potentials and possibilities just appear to be limitless.

Are you someone who is planning to develop an AR app for your business or brand?

In the world of marketing, Augmented Reality occupies a great position. The reason behind this is that AR was previously used in so many world famous games such Pokémon Go, Angry Birds, and many more. A great example of the power of augmented reality is the Porsche AR visualizer app. This app lets users make 3D (three-dimensional) configuration of their vehicles for the real physical environment. By using this app, users can place their photo-realistic Porsche cars in their own parking lot, see it in their own living room, and even show it to their friends and relatives.

For promoting ARCore, Google worked jointly with Snap by touring the popular Nou Soccer stadium located in Barcelona which was accessed virtually.

Android has a huge network of smartphones. In an official statement in 2019, Google announced that there are 2.5 billion active Android devices globally. On the other hand, there were only about 700 million iPhone till last year. Out of the 2.5 billion+ Android phones, only about 100 million having the latest sensors and cameras would be compatible for augmented reality. However, this number is going to increase rapidly moving into the future.