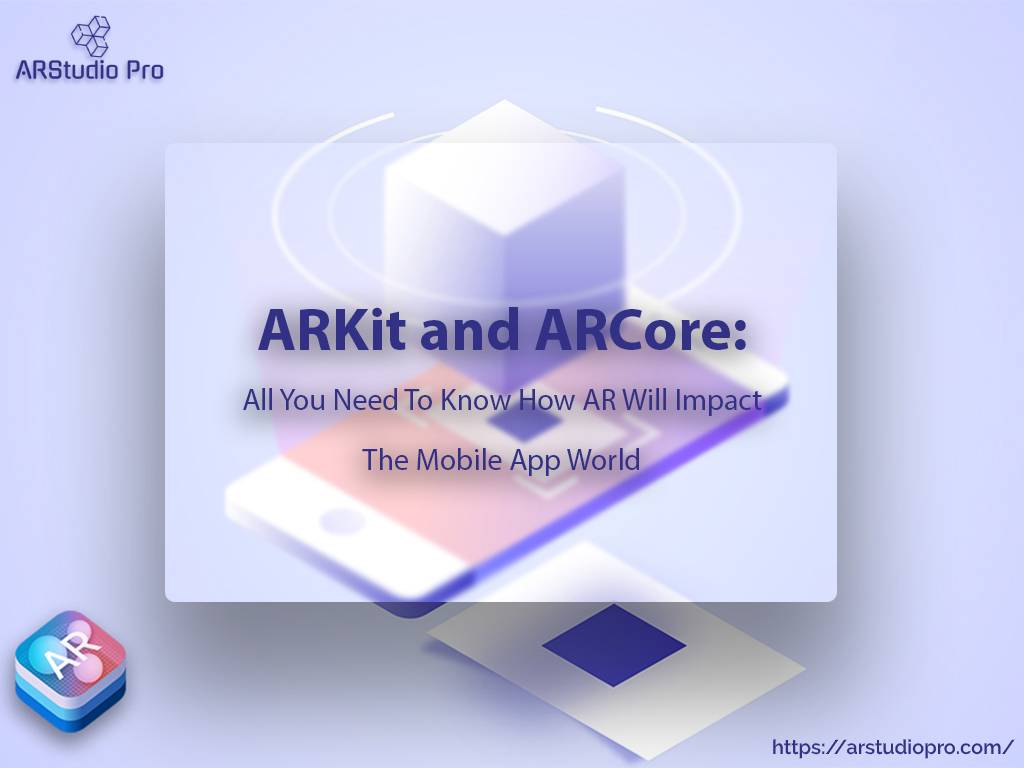 ARKit and ARCore: All You Need To Know How AR Will Impact The Mobile App World

Augmented reality technology has seen unprecedented growth in 2020. Commercial use of technology has exploded due to the use of market leaders such as Microsoft, Apple, Google, Facebook, and Amazon. According to MarketsandMarkets, the AR technology market is worth $ 15.3 billion. The different avenues and trends driving the growing augmented reality market are worth exploring. By the end of 2021, active AR devices are estimated to grow to 598 million and are expected to reach 1.73 billion by 2024.

ARCore by Android and ARKit by Apple are the platforms that allow developers to create and access AR experiences on mobile devices. They require access to your device's software and hardware, including camera and location information.

Apple recently released ARKit 4, the latest version of its open source augmented reality development tools. Google's competitor ARCore technology is also making great strides to keep pace with the industry. Since their introduction in 2017, these tools have helped developers enter the AR market. Due to increased application compatibility, AR compatible devices and their users have increased significantly.

Since 2017, Apple has revealed additional updates for ARKit, such as ARKit 2.0 at WWDC 2018, ARKit 3.0 at WWDC 2019, and finally ARKit 4.0 at WWDC 2020. Some of the more recent advancements related to ARKit 4.0 include location anchors, a new depth API, and better face tracking. This allows Apple's ARKit developers to harness the power of LiDAR hardware in the latest iPhones. As long as an Android user has an ARCore compatible smartphone, Google will accept Street View photo submissions. While these must adhere to certain quality rules, it shows that ARCore has improved enough that Google feels confident that smartphones can take the necessary photos to integrate with Google Maps and add those images along with the photos taken by more specialized teams.

ARCore falls short of ARKit in terms of motion capture, simultaneous use of front and rear cameras, and multi face tracking. Apple's App Store also has many AR compatible apps than the Google play store, with over 2,000 apps available to users. However, ARCore is more accessible given the largest global market share of Android over iOS. However, this varies by region.

Predicting the future is always a dangerous business, so let's dig deep! Over the next year or so, expect to see a big wave of apps trying to incorporate AR into one of their core functionality. Also expect a lot of these apps to be terrible. Because? Because Apple and Google continue to insist that their SDK makes it easier to develop an AR application, and many companies will decide to “save money” by going it alone and developing an in-house solution.