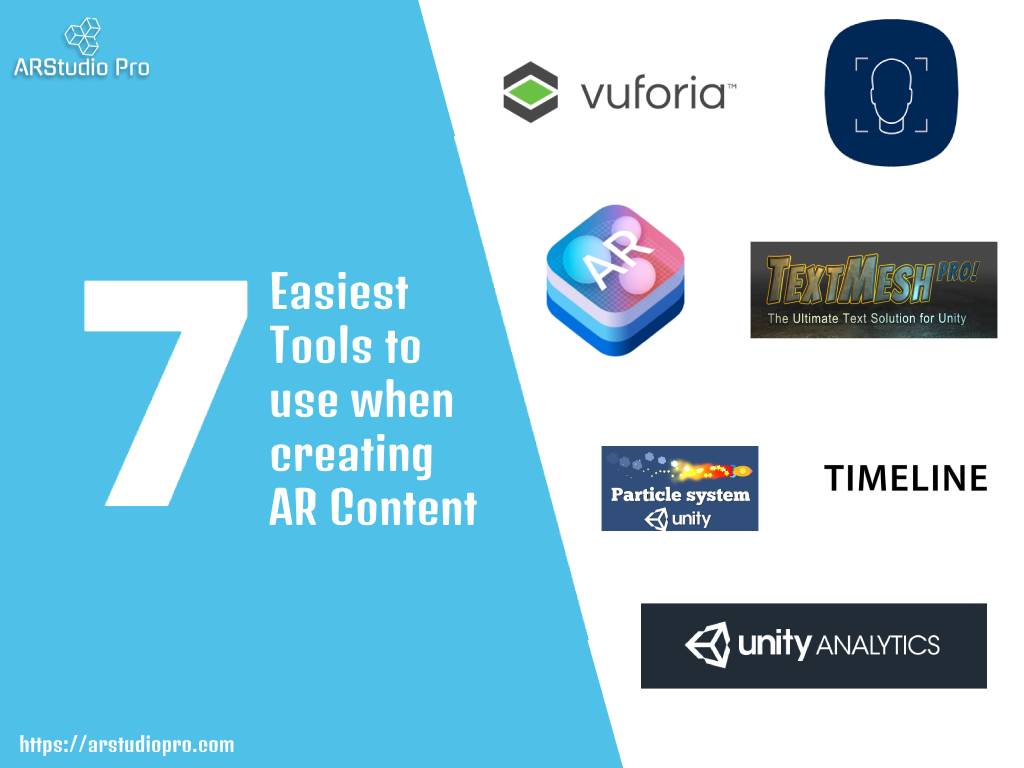 Seven Easiest Tools to Use When Creating AR Content

Here are the top 7 simple and hassle-free tools for creating augmented reality content for AR apps.

This tool helps developers to capture facial motions and expressions real-time from the iOS device directly into the Unity 3D editor. In addition to being useful for creating animations, facial AR remote can also be used by AR app developers to create their own personalized animojis and memojis for an iOS device.

The spark 3D particle systems enable developers to create add several objects like particles to replicate the environment as seen in space. Various types of visual experiences can be created using 3D particles, that can be easily scattered and moved anywhere in the space.

It is a handy tool for AR app developers. It enables fast testing of AR apps. Using ARKit remote, an app can be directly launched in the Unity Editor.

This tool enables developers to create captivating cut scenes, especially in case of games to keep the players hooked. It offers complete control over the animation keyframes and objects too, without any intricate coding.

This is a powerful tool that allows Unity AR app developers to provide eye-catching 3D effects such as glow, shadow, fluorescence, etc. to the text in AR apps.

This tool helps AR app developers gain valuable insights on how users are interacting with their gaming app. It is an effective tool to gauge the user experience and performance of the AR app in the market.