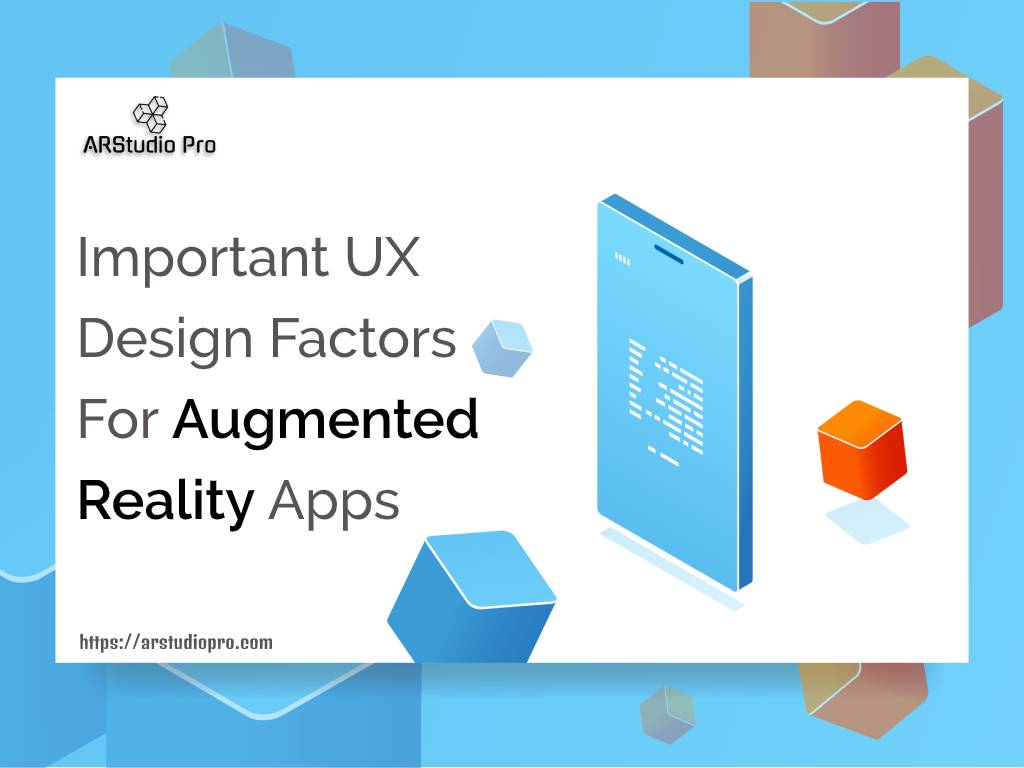 The future may not be predictable, but we can at least guess what lies ahead. Technological innovations have renewed and revolutionized many sectors. Needless to say, it will continue to do so for years to come. As of now, three crucial ideas and concepts seem to rule the field of design. User experience, augmented reality and virtual reality have become the three pillars of innovative designs.

The last couple of years seem to be the year that augmented reality (AR) is firmly moving into the mainstream. As the next big technological trend, it has a broader effect on user experience and user experience design. The good news is that augmented reality can solve user problems that have challenged UX designers for years, such as high interactive cost and low engagement.

Although it has been around in some form since the early 1990s, the word "augmented reality" can still cause some confusion. In essence, augmented reality is the technology that combines input from the real world with programmed components or is a set of computer-generated information that can be displayed in wearable devices and mobile devices over products/ items in the real world. While virtual reality (VR) excludes users from the real world and places them into a completely hypothetical environment, augmented reality (AR) adds a programmed layer to reality to create the dynamic level of augmented experience. The implications of augmented reality for user experience are huge. AR in almost every business has brought a new breath of change with a more sophisticated design, can speed up work processes and has even established itself as a valuable learning tool in business.

Augmented reality is already changing the user experience of brands and digital platforms. At first glance, the two best known examples, Pokémon Go and Snapchat use AR lightly. Regardless of everything, snapping selfies of Pokémon Go do not look much like the revolutionary UX. But look at the numbers: Within a week when it was released in 2016, 65 million people around the world were playing Pokémon Go, and Snapchat's price tag was $ 24 billion when it was released in March. The success of Snapchat and Pokémon Go is because they use AR to provide users with a unique and customizable experience that keeps them inclined. AR lowers the cost of the conversation, reduces user cognitive load, connects many sources of information, and reduces the shift from meditation on the Sacred Coalition to roughly UX.

So there is no wonder that we are taking control of AR beyond social media and gambling. The technology is already being exploited by marketing departments in the future as a great branding opportunity.

Pepsi is one example: In 2014, the Soft Drink Company launched a bus stop campaign in London, where it used AR technology to turn a boring, normal bus stand into an asteroid or a screen filled with tigers. There has been a powerful movement in the context of the brand. UX designers will work alongside marketing teams to test and refine enhanced experiences that strengthen branding and engagement.

At the end of 2021, we will see designers overwhelmed by the possibility of designing an AR user interface. On this consequence, there are also some successful examples.

We are sure what you have heard and probably got to play the popular Pokémon Go. You can use a camera on your phone and place a picture of Pokémon in the user's environment. Then the GPS, accelerometer, and compass show the direction the phone is pointing. Finally, users go on a mission to find the right location and the right Pokémon.

Augmented reality technology is increasingly accepted around the world. Its speed of development is irrevocably high, as more and more benefits and returns on investment are observed and expected.

AR is not only successful in games and entertainment applications, but, in other applications as well. AR applications are useful for increasing the productivity of workforces, also for assisting technological advancements, and for producing more efficiency and convenience in the implementation of other aspects of the technology.

The use of AR UI on Snapchat can be best described through the real-time filters it offers. The social media platform had done a groundbreaking job of real-time face filters right on smartphones of users.

One leading IT company designed the Tada Time app and it is a perfect example of an augmented reality user interface. It allows you to create an AR avatar that can look and speak exactly like you. Besides, it can also let you create real-time animations based on user interactions with the app. Also, the application allows you to communicate through your mailbox anywhere in the world.

Technology is supposed to make our lives vibrant and much more advanced. To solve our problems in real-time, save our hard-earned money, and make the best decisions about the events of our lives, AR-based technologies are the next big thing. And the gateway to this technology is the design of an attractive user interface.

We all hope that instead of complicating our lives, modern technology will make our lives more dynamic and fluid. In this sense, the reality that redefines technologies such as augmented reality, virtual reality, or mixed reality will remain irreplaceable. When it comes to adding convenience to users’ lives, AR will continue to be a key part of the user experience going forward.